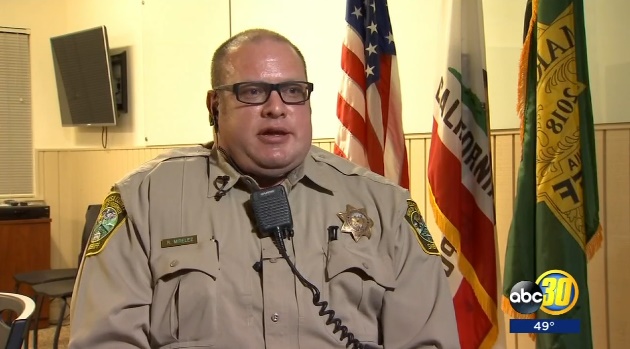 VIDEO: CA Deputy Returns to Duty 2 Years After Being Shot

It's been more than two years since Mariposa County (CA) Sheriff's Deputy Rudy Mirelez was shot while conducting a traffic stop but he remembers that day vividly.

After an erratic driver slammed his car into a patrol vehicle, he opened fire on four deputies, hitting Mirelez in the face and upper torso.

"I felt each bullet except the one on my side when I fell I thought I actually got punched in the side it happened so fast," Deputy Mirelez said. "If I lost enough blood I was going to become unconscious and most likely die and I thought to myself the best thing to do is stay calm."

Mirelez recovery has not been easy. He told ABC30 he stopped counting after six surgeries and despite complications, it was his life of service that remained a top priority.

The man convicted of shooting him, Brian Ballasch, is currently serving a 26-year prison sentence.