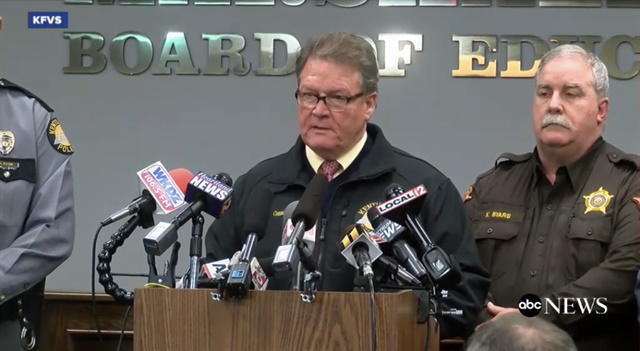 Two teenagers have died and 17 other people were wounded from gunfire or injured in the chaos after a shooting at a Benton, KY, high school shortly before 8 a.m. this morning. The suspect, a 15-year-old male student, was taken into custody.

The suspect will be charged with two counts murder and multiple counts of attempted murder, according to Rick Sanders, Kentucky State Police commissioner.