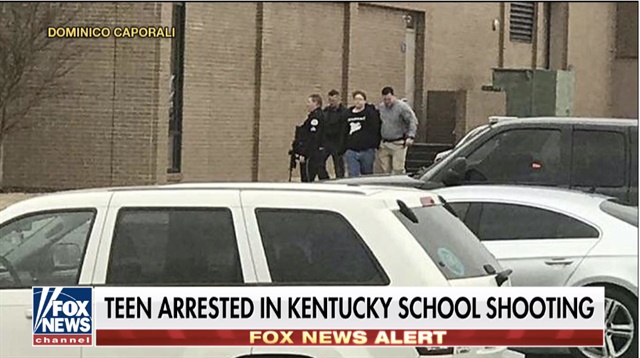 Students at the Kentucky high school who were attacked by an active shooter Tuesday had recently finished training in what to do in such incidents.

Authorities say two students were killed and as many as 18 wounded or injured in the attack. The suspect was arrested at the scene, Fox News reports.

“Students at that school did exactly as they were trained,” Sanders said. “The Kentucky State Police has been in this area recently teaching students and faculty how to respond to an active shooter situation. Everybody in that high school reacted appropriately.”

Officials confirmed there was a school law enforcement officer in the building when the shooting transpired.

First responders were also praised for their quick response. Sanders said officers arrived at the scene just nine minutes after the first shots were fired.

The suspect, who has not been identified, was apprehended in a nonviolent way by a Marshall County Sheriff’s Office deputy.