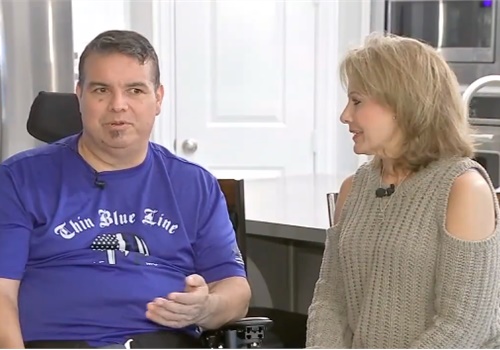 A Houston police officer shot in the line of duty and paralyzed from the waist down is finally home after seven months of rehabilitation. Officer Ronny Cortez left TIRR Memorial Hermann Monday morning, reports KTRK.

Cortez and another officer were shot by a burglary suspect in southwest Houston in February.

Cortez was shot once in the neck, in the stomach, and in the spine. The bullet that hit his spine was only recently removed, reports KTRK.

The bullet that pierced Cortez's spine paralyzed him from the waist down. But he's still determined to walk again.