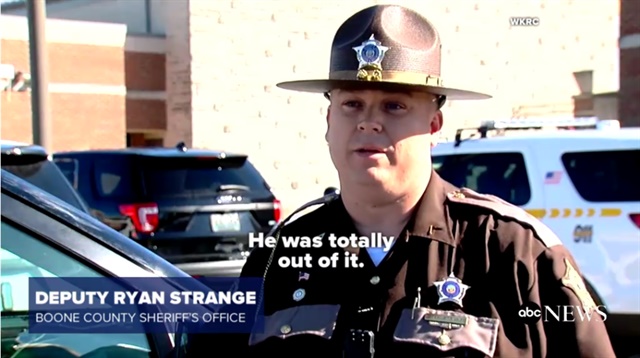 A sheriff's deputy used a car jack to rescue a teen who was trapped under a car after being struck while skateboarding in Hebron, KY.

Police said Boone County Sheriff's Deputy Ryan Strange was the first on the scene. He got a car jack from his patrol car and worked to lift the vehicle off of the 15-year-old boy.

"[We] started jacking that car up to get the pressure off of him. Once we realized that the initial pressure was off of him, we still couldn't pull him out," Strange told WKRC.

Other first responders soon arrived and helped pull the teen to safety. He was transported via medical helicopter to a hospital with life-threatening injuries.