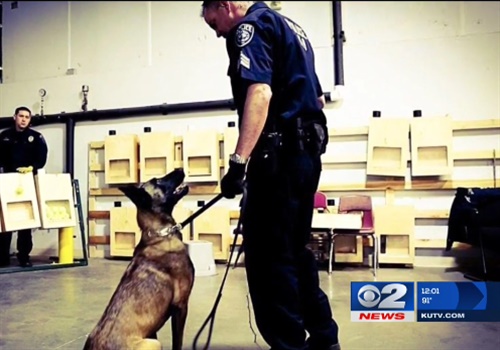 A Unified (UT) Police Department K-9 named Dingo was killed Thursday during an early morning chase and arrest of a wanted fugitive in Millcreek, reports KUTV.

The dog was deployed after a fugitive, identified as Torey Chase Massey, 28, tried to run away from police after a car chase that ended in the area of Brickyard Plaza. Police say Massey fired several shots at the dog, leaving the K-9 with critical wounds. K-9 Dingo was taken to an animal hospital where he was pronounced dead. Massey was later captured and taken into custody of the U.S. Marshals.

According to a written statement from UPD, officers were assisting the U.S. Marshal's Violent Fugitive Apprehension Strike Team in locating Massey, a wanted parole fugitive. Police said Massey was wanted for theft, robbery, and aggravated assault and was also suspected of fleeing from UPD's Metro Gang Unit last week.