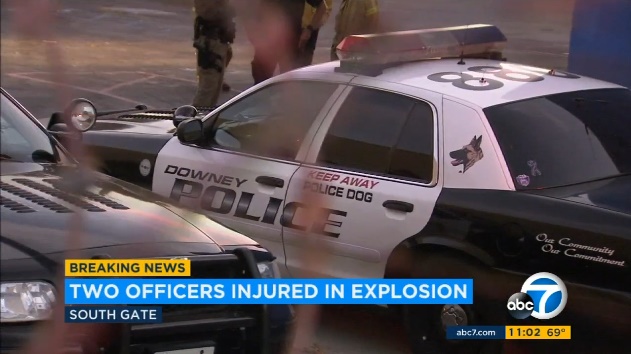 Two police K-9 handlers were severely burned Thursday in an explosion that occurred during a training exercise at a South Gate, CA, commercial building, officials said.

The two veteran officers with the Downey and South Gate departments were transported to a local hospital. They suffered burns to their faces and upper bodies, officials said.

Their K-9s were with them during the accident. The dogs were evaluated and were determined to not have suffered serious injuries, ABC7 reports.

The cause of the accident has reportedly been determined to be an electrical power overload.