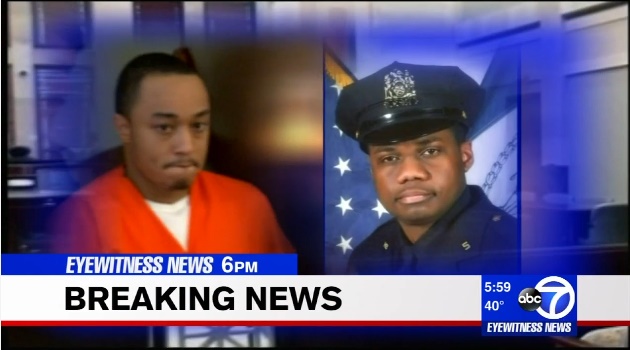 A drug dealer known on the street as "Peanut" was convicted Monday of murder in the shooting death of a New York City police officer.

Tyrone Howard, 32, is facing life in prison without parole when he is sentenced April 3. A Manhattan jury deliberated over four days before deciding Howard knew he was firing on a police officer and also found him guilty of robbery and a weapons charge, the Associated Press reports.

Officer Randolph Holder, 33, was shot and killed when he and his partner approached Howard, who was on a stolen a bicycle, around 8:30 p.m. Oct. 20, 2015, prosecutors said.