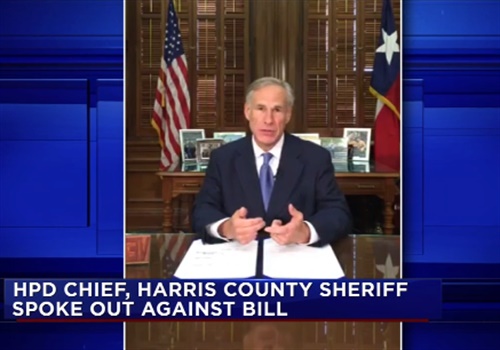 In a Facebook Live video, Texas Governor Greg Abbott announced that he has signed a new ban on sanctuary cities into law, reports KTRK-TV.

According to a press release from the governor's office, the legislation signed would ban sanctuary cities in the state of Texas, and would require both local government and law enforcement to comply with federal immigration laws.

The sanctuary city ban was a top priority that Abbott has deemed a legislative emergency.

In a statement, Abbott said, "As Governor, my top priority is public safety, and this bill furthers that objective by keeping dangerous criminals off our streets."

The new legislation comes with legal consequences for those who don't comply with the law.