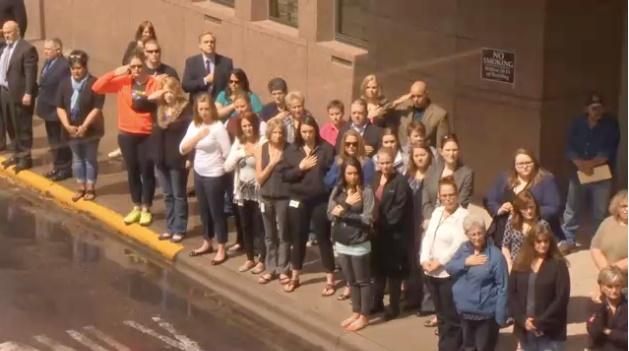 Hundreds of people lined the streets of Billings, MT, as the body of Broadwater County Deputy Mason Moore was transported to Billings for an autopsy on Tuesday afternoon.

Moore was shot and killed during a traffic stop near Three Forks Tuesday morning by two suspects who were later arrested after leading law enforcement on a chase.

Moore was a husband and father of three children.

He was a three year veteran of the sheriff’s office.

People in Billings paid respects as the motorcade traveled through the heart of Billings. Many held their hand over their heart, others saluted, KTVQ TV reports.