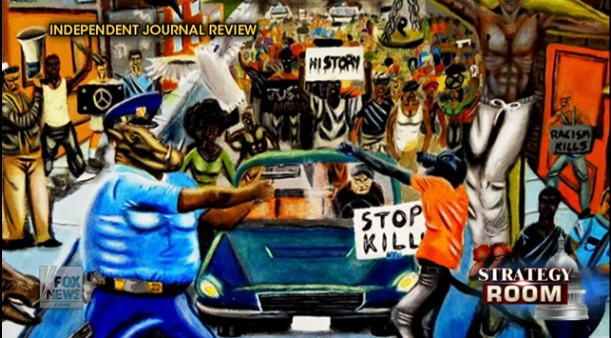 A Republican congressman took matters into his own hands Friday and personally removed a painting depicting police officers as pigs that a colleague had allowed to be displayed at the U.S. Capitol complex.

“I was angry,” Rep. Duncan Hunter, R-Calif., told FoxNews.com. “I’ve seen the press [reporting] on this for about a week or so. … I’m in the Marine Corps. If you want it done, just call us.”

Hunter said he walked over to the artwork Friday morning with a few colleagues and unscrewed it. He then delivered it to the office of Rep. Lacy Clay, D-Mo., the congressman whose office had allowed the piece to be displayed. The painting, hanging since June, was done by a high school student who had won Clay’s annual Congressional Art competition, Fox News reports.