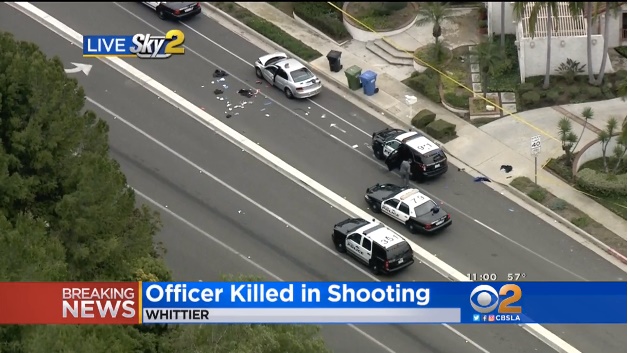 A Whittier, CA, police officer was killed and a second officer was wounded in a shootout with a suspected gang member Monday morning, authorities said.

A Whittier Police Department spokesman said the officers arrived on the scene responding to a call of a car crash.

The suspect was asking passersby to help push what was reportedly a stolen car, according to police, and the suspect then opened fire on the officers with a handgun.

Two officers were hit. One was pronounced dead at a local hospital, the other was hospitalized in stable condition, CBS LA reports. The suspect was also struck by gunfire and was transported to a hospital in unknown condition.