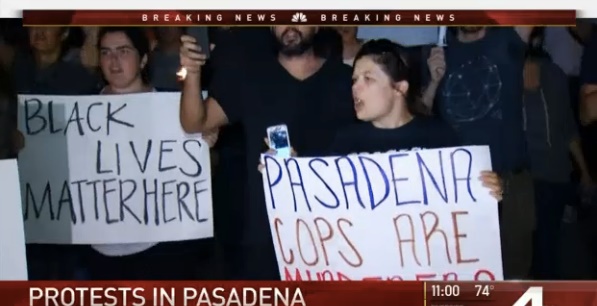 Authorities released a security video as well as a 911 call made by the family of a man who died after being in custody of Pasadena (CA) Police officers early Friday morning.

The incident took place Friday morning at 2:05 a.m., according to the Los Angeles County Sheriff's Department.

In the 911 call, a male caller tells the dispatcher that his brother is high and holding a knife under his armpit, but has not threatened anyone in the apartment with it.

Police say when they arrived at the scene, the man refused to comply with officers' orders so they used a Taser to try and disarm him. That set off a fight, which ended with the man being subdued.

After the man was restrained, he stopped breathing and the police administered CPR, according to police. The man died at the scene, SCPR.org reports.

Protesters chanting and carrying signs marched through Pasadena several times over the weekend.