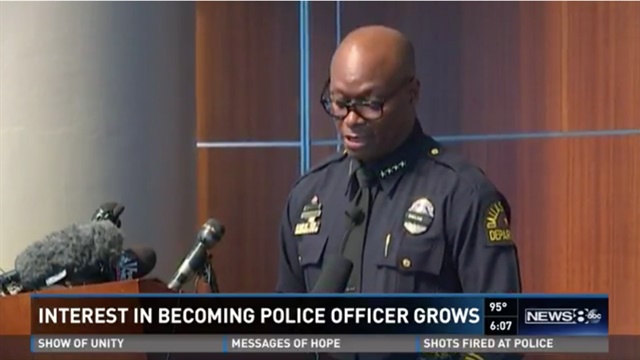 It was a brief appeal in a news conference earlier this week: "We're hiring," said Dallas Police Chief David Brown. "Get off that protest line, and put in an application."

But already, people are taking the chief up on the offer.

Department's recruiting team has received a flood of calls. On their Facebook page they wrote, "Thanks for everyone's interest in wanting to apply with our department. We will respond to all calls and emails as soon as possible."

DPD has struggled with recruitment in recent months, and was forced to cancel academy classes because there weren't enough applicants. News 8 has also reported on dozens of officers who have left the department for nearby cities that offer more pay.

It won't be clear until at least August whether this new surge of interest translates into an actual increase in recruits.