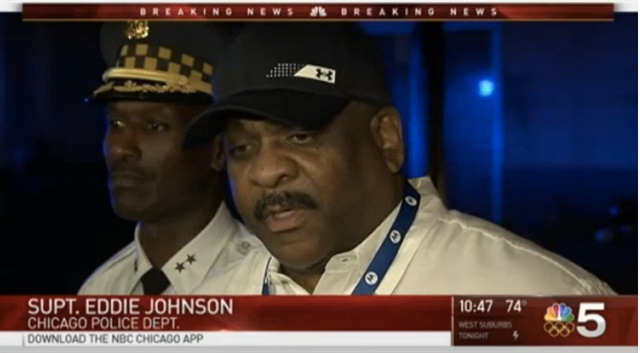 A Chicago Police officer was wounded in a shooting Thursday evening, officials confirmed.

Officers on bicycles were near the Battle of Fort Dearborn Park when a concerned citizen told them there was a man nearby acting erratically, Superintendent Eddie Johnson said in a news conference.

When the officers approached the man and asked him to talk, Johnson said he reached in his bag and grabbed a gun, shooting an officer in the upper leg.

The officer who was shot made himself a tourniquet and his partner applied pressure to the wound, according to Johnson, who said their actions were instrumental in saving his life.