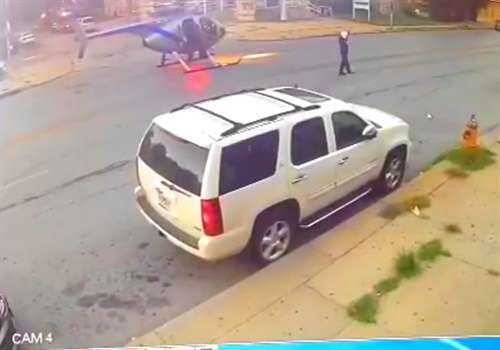 The department posted information about the incident and a link to the video on its Facebook page:

"After helping police on the ground find a homicide suspect from another city hiding near Parkville, our helicopter had a mechanical problem that forced the officers/FAA-certified pilots to make an emergency landing Wednesday night, Aug. 3. The pilot was able to bring the chopper down safely on one of Kansas City's busier streets: Independence Avenue. A nearby business provided us with video of the landing," the post reads.

No one was injured. The helicopter was towed to a hangar. Police say they have a second helicopter they'll use in the meantime, reports WDAF-TV.