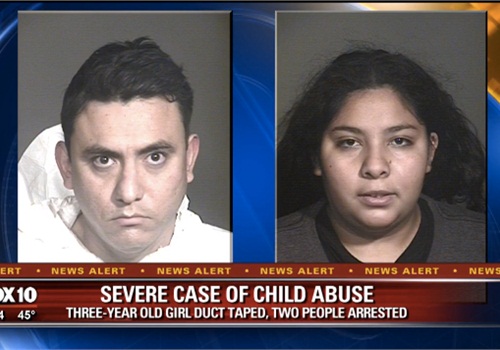 Police in Mesa, AZ, say they’re investigating a child-abuse case that “shocks the soul.” A 3-year-old malnourished girl was bound with duct tape, kept in a closet, and allegedly offered for sex by a man babysitting the child.

Police told FOX10 that Solis would leave her daughter at the home of Rios-Covarrubias during the day when she went to work. He would then allegedly put the girl in a closet for up to several days at a time. According to FOX10, the child was found by police after Rios-Covarrubias invited a man he met online to his home and he offered the girl up for sex. When police arrived, she was in a trash bag, covered in feces, duct taped, and hidden in a closet.