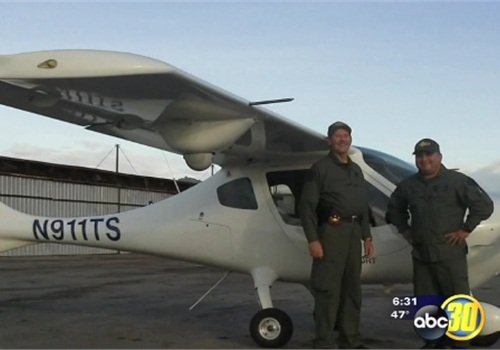 The Tulare County Sheriff's Office says the plane known as Sheriff One was on a call in the area, assisting with the arrest of a man who was brandishing a handgun. The man was arrested and the plane was leaving the call when it crashed into the side of a mountain ridge.

Sheriff's pilot Chavez was only with the department for about a year. He also served as a Black Hawk pilot for the California Army Reserve National Guard and assisted on search and rescue missions for the county.

It's still too early to tell what caused the plane to go down. The aircraft had been with the department since 2011 and was used five to six days a week. Officials say they gave no distress signal or mayday call before plunging into the hillside.

Sheriff Mike Boudreaux told KFSN TV the plane was a two seater plane that was selected for its reliability and safety and had 3,000 hours of flight time on it with no prior problems.