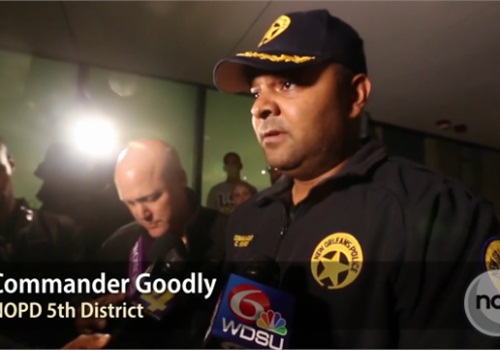 New Orleans Police Chief Michael Harrison said on Monday a gunman targeted Cmdr. Derek Frick in a drive-by shooting in the Desire neighborhood the night before. At the same time, Harrison stopped short of suggesting the reason Frick was targeted.

Frick, a 24-year veteran, was driving an unmarked police vehicle in the 4200 block of Alvar Street while off duty when the driver of a tan SUV approached and fired shots into Frick's vehicle. Frick was hit in the neck and taken to University Medical Center, NOLA.com reports.