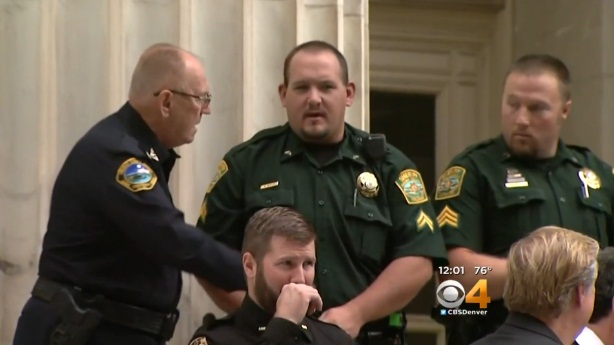 A group of sheriffs from different Colorado counties are moving forward with their fight to repeal stricter state gun laws put in place three years ago, reports CBS Denver.

Those laws limit the capacity of ammunition magazines and expand background checks on gun purchases in Colorado.

Sheriffs like Garfield County Sheriff Lou Vallario say they are committed to fighting to protect what they say is citizens' Second Amendment rights.

Dozens of current and former sheriffs gathered in Denver on Monday along with gun rights groups at the Byron White Courthouse. Many of those individuals are named in a lawsuit which challenges Colorado's new laws.

With SHOT Show 2021 canceled for COVID-19, Streamlight virtually rolled out it newest law enforcement-applicable gear this week, including a new pocket light and a variety of new weapon lights.

The FN 509 Compact has been designed for deep concealment with a 3.7-inch barrel and low-profile rear blackout iron sights. A high-visibility front sight aids in low-light target acquisition.

If legislators approve of the contract and it is in place in December, the city could receive all the TASERs by the end of the year, Dunn said. The department could begin distributing TASERs to officers in early 2021 after they receive training.