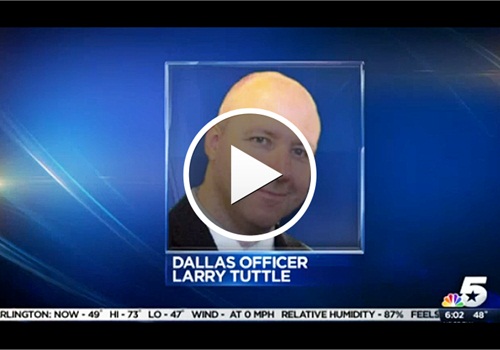 The Dallas Police Department is investigating an apparent murder-suicide involving a six-year veteran of the department.

At 6:13 p.m. Saturday police were called to the Lake Highlands Landing Apartments at 7950 Forest Lane. They found the bodies of Officer Larry Tuttle and a woman inside his apartment.

"Preliminary investigation indicates that the female shot and killed Officer Tuttle prior to taking her own life," said DPD Spokesman Officer Juan Fernandez in a statement.

Police said Tuttle knew the woman, but won’t elaborate on how.