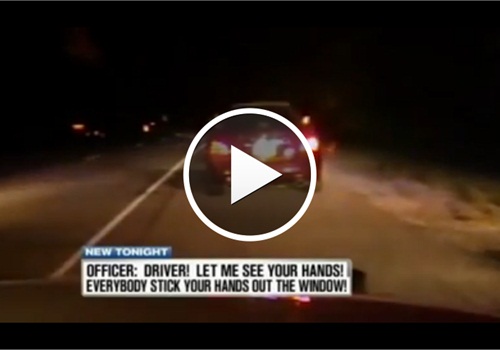 Dash cam video shows a young mother being pulled over at gun point by police in Forney, Texas, all while her four little kids were in the car. Police admit they made a mistake.

The traffic stop was in response to a 911 caller who had told dispatch four black men were waving a gun out the window of a beige- or tan-colored Toyota.

The police department defends the traffic stop saying the officers responded appropriately to what they believed was a dangerous situation.