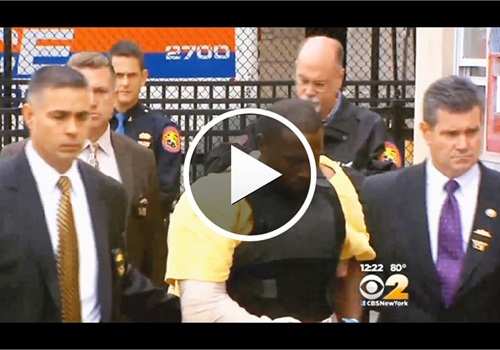 A parolee convicted of killing a Nassau County, N.Y., police officer during a traffic stop and then a motorist while he was fleeing was sentenced Friday to life in prison, reports CBS New York and the Associated Press.

Nassau County Court Judge Jerald Carter told 34-year-old Darrell Fuller on Friday that the sentence would be a "prelude to the hell that may await you."

Fuller was convicted in July of first- and second-degree murder in the 2012 deaths of Officer Arthur Lopez and carjacking victim Raymond Facey. According to trial testimony, Fuller had a friend shoot him in the leg after the killings to make it appear he had been a victim.

"There is absolutely nothing redeemable about you," Carter told Fuller, whom he referred to as "despicable you."