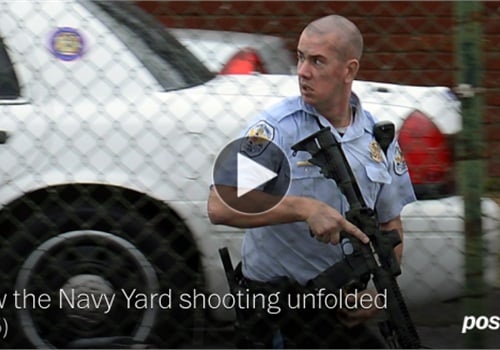 The mass killer at the Washington Navy Yard had just shot a police officer in both legs, and Dorian DeSantis and Carl Hiott saw their wounded counterpart being dragged out. The officers were heading toward the same spot, a confrontation imminent.

"We finally knew where he was," U.S. Park Police officer Carl Hiott told the Washington Post.

The two were among 117 officers from eight agencies who quickly formed into teams on Sept. 16, 2013, and went to find the shooter, Aaron Alexis, and arrest or kill him. They were thrown together again by fate, strangers made partners amid the chaos of a colleague falling to gunfire. Their training had taught them this might happen, and neither hesitated to entrust his life to the other.