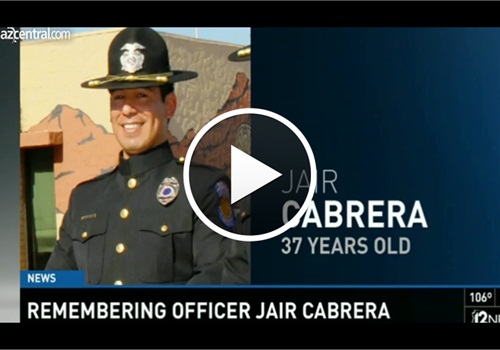 The man suspected of shooting and killing a Salt River police officer during the weekend had his rifle trained at Officer Jair Cabrera before the officer got out of his car, according to court documents released Monday.

The Arizona Republic is reporting that the suspect, Elijah Arthur, was in a Pontiac that Officer Cabrera stopped about 3 a.m. Saturday near Pima and Chaparral roads, and that Arthur used the roof of the Pontiac to balance the weapon as Cabrera was still in his car, according to court records.

Arthur fired twice, according to court documents, striking the side mirror of Cabrera's car first and then hitting Cabrera in the head.

Arthur was arrested soon after the shooting hiding in a nearby parking lot.