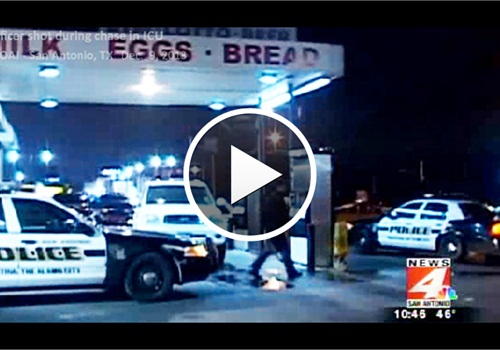 Deckard, 31, remains in the intensive care unit at the hospital. He is a seven-year veteran of the San Antonio Police Department.

Officials say Deckard was shot through the forehead from a moving car containing Shawn Ruiz Puente, 32 and Jeneieve Ramos, 28, who are suspected of committing a recent string of 15 armed robberies. Deckard was filling in for another officer when he spotted the suspects' car and began chasing it Sunday at about 2 a.m., officials said. The pair led Deckard on a high-speed chase into Atascosa County, where the shots were fired, officials said.