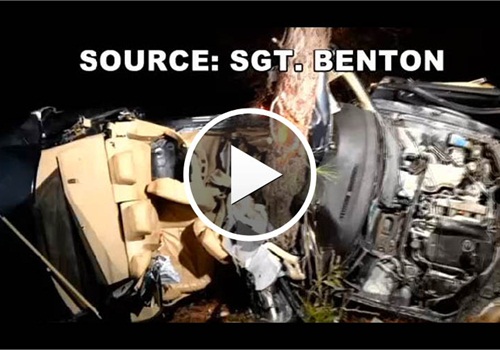 New video of a Jan 21 high speed chase in Horry County, S.C., shows the moments leading up to a deadly crash near Highway 22. Now, authorities are piecing together why the man was evading police in the first place, WMBF TV reports.

The video comes from the South Carolina Highway Patrol's dash cam and shows the trooper attempting to pull over a motorist for running a traffic signal. What should have been a routine traffic stop turned into a high-speed chase.

Suspect Bryan Lamm, 25, fled at speeds of 100 mph. At one point, he is seen slowing down just long enough to let a passenger out of the car. That passenger ran into the woods.

Moments later, the suspect takes off on a narrow dirt road. The pursuing trooper slowed down, but the suspect sped on and was killed in a crash.