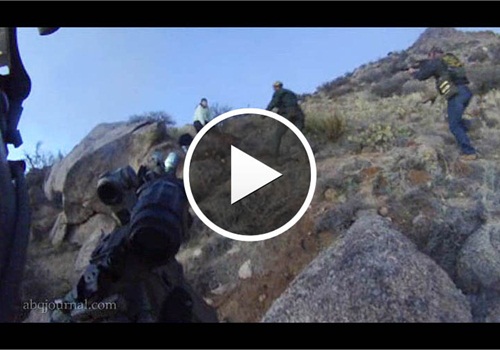 The Albuquerque Police Department has released video that shows the shooting of a man who was camping illegally in the Sandia Foothills. The March 16 shooting has been decried by activists in the community who have called for rallies against the police.

The shots came after a confrontation in which the man, identified as 38-year-old James Boyd, told police he was going to walk down the mountain with them.

Boyd picked up his belongings and appeared ready to walk down toward officers. An officer fired a flash-bang device, which disoriented Boyd.

Boyd appeared to pull out knives in both hands as an officer with a dog approached him. He made what the Albuquerque Journal describes as a threatening motion toward the officer, then started to turn around away from police just before he is shot.