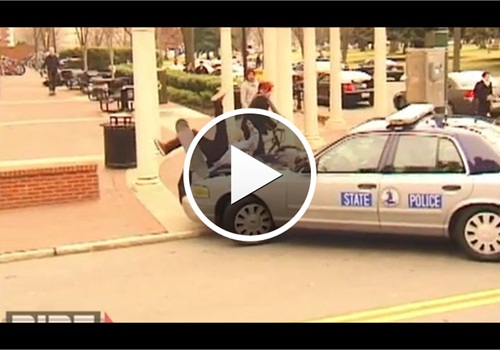 A Virginia teenager said understands it was a mistake when a Virginia State Police trooper accidentally struck him while he was skateboarding.

Tim Crawford's brush with the law happened about a month ago, but it went viral last week when professional skateboarder Tony Hawk tweeted out the video of the teen being struck by the cruiser.

Crawford walked away with only a scratch and even hung on to his bagel. "It's like a mistake," Crawford told WWBT. "It happens. I'm alright with that."