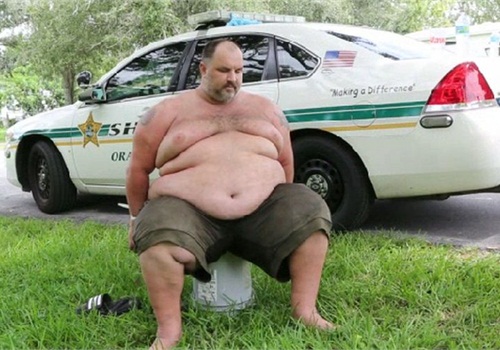 A roughly 400-pound man was taken into custody Wednesday after he allegedly pushed an undercover deputy into something sharp and cut his arm while officials were checking out a drug tip in a neighborhood north of Orlando International Airport.

The deputy is "doing fine'' but may need a few stitches after the scuffle on Volusia Drive near Nassau Avenue that caused him to bleed "profusely," Orange County Sheriff Jerry Demings said.

Darrell Wayne Roby, 40, was charged with one count of battery on a law enforcement officer.