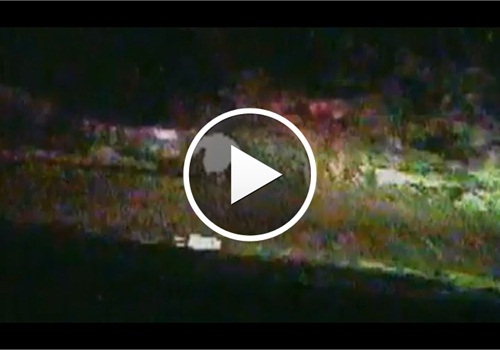 A DeLand (Fla.) Police officer has been fired for fatally striking a suspect with his patrol car as officers closed in during a pursuit.

Officer James Harris was among the three DeLand PD cruisers chasing Marlon Brown, 38, on May 8. Brown began sprinting through a residential vegetable garden, when he tripped. The two lead patrol cars stopped, and Officer Harris continued the chase. Brown can be seen on the officer's dash-cam footage tripping and turning as the vehicle strikes him head on.

The chase began with a traffic stop for a suspected seat belt violation.