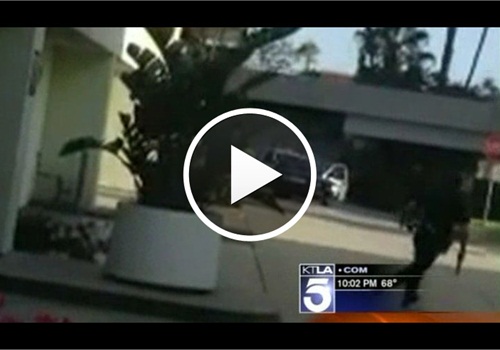 Inglewood (Calif.) Police shot and killed a sword-wielding man, after he smashed the windows of eight police vehicles parked at the agency's headquarters.

Charles Curl, 46, was shot and killed Saturday night after allegedly using an 18-inch sword that was thicker and heavier than a machete, reports City News Service.

The shooting was captured by a passerby and broadcast by KTLA. In the footage, the man can be seen walking toward an officer who crouches behind the door of a squad car.