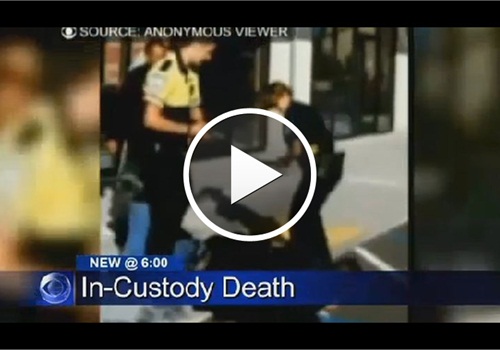 Sacramento (Calif.) Police officers used their batons on a combative suspect at a cellular phone store after the man scared workers and physically attacked and resisted arrest.

The man, 42-year-old John Toretti, died shortly after the Friday confrontation with officers that was partially captured by a citizen and posted to YouTube. The Sacramento PD has launched an investigation into the arrest, reports CBS Sacramento.

Police responded to a Metro PCS store shortly before 6 p.m. after the man entered the store and made "unintelligible statements" and may have attempted to rob the store, the clerk told police.

The man overpowered one of the first two responding officers during a physical confrontation. At least five other officers responded; several used their batons to subdue the man. Also, at least two citizens intervened to help the initial officer, reports the Sacramento Bee.