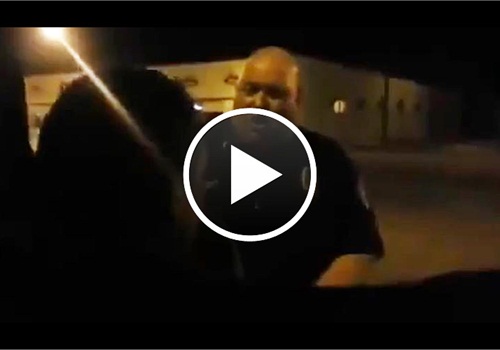 A video of a Sidney (Neb.) Police officer yelling profanities at a citizen near a crime scene has gone viral on YouTube.

The video of the incident between Officer Scott Tobler and Stephen Bell has collected tens of thousands of views on the social media site. The video begins as Bell and his wife sit in their vehicle across from a lumber store. The officer approached the vehicle and asks Bell for his license, registration, and insurance. Bell asks why he is being stopped and tells the officer he's recording the encounter. Officer Tobler responds that he's also recording.

The officer repeatedly tells Bell to stop following him to crime scenes and Bell responds that he doesn't have to answer any questions without a lawyer present. The officer then tells Bell he may be arrested for obstruction of justice.

The officer then tosses Bell's papers back into the car and yells at him, "Stop following us around. That's your last warning." The officer also turns to the camera and yells expletives at Bell.

At that point, Officer Tobler's partner steps in to defuse the situation. The agency has declined to comment on the incident other than to say it's under investigation, reports the Sun-Telegraph.