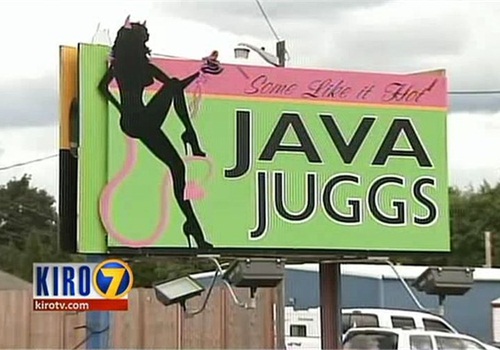 A Snohomish County (Wash.) Sheriff's sergeant was arrested Tuesday for allegedly having sex with a bikini barista coffee shop owner and manager in exchange for tipping them off to police investigations.

Sgt. Darrell O'Neill, a 30-year veteran, has been charged with conspiracy to promote prostitution and official misconduct. He has been placed on administrative leave, reports KING5.

The arrest came as part of a sting in which police raided six stands in Everett and Kent located mostly along Highway 99. The stands has names such as "Java Juggs" and "Twin Peaks."