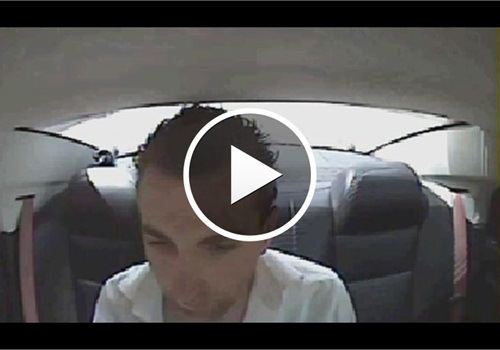 Patrol car video released by the Riverdale (Utah) PD shows a suspect wriggling out of his handcuffs and driving away in a police cruiser.

Gordon Graham, 35, was eventually arrested after leading police on a two-county chase on June 15. Police released the patrol car video to the Standard-Examiner on Friday.

Riverdale PD officers responded to a Jo-Ann Fabric and Craft Store after reports of a male and female who were possibly intoxicated. They found the pair stumbling around, appearing to be high on drugs. Officers handcuffed Graham and placed him in the back of a cruiser while they searched his vehicle.

After Graham complained of heat, an officer opened the sliding window separating the back and front seats.

Graham can then be seen on video slipping out of his cuffs and climbing into the driver's seat of the cruiser. Shortly after the 5-minute mark of the video, officers can be seen running toward the vehicle, as Graham accelerates away. The final moments of the video show Graham wrecking the vehicle.