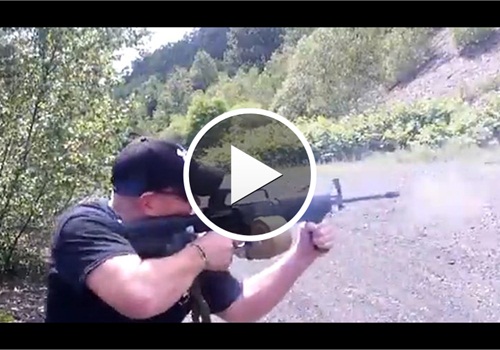 Kessler's latest video came earlier this month, when he pretended to apologize for "hurting feelings" before blasting "libtards," c***suckers, and others who were offended by his earlier video. Chief Kessler interspersed his remarks with footage of him firing fully automatic AK-47 and M-16 rifles and a fully automatic pistol with drum magazines.

When contacted by WNEP, Chief Kessler defended his videos and said he refuses to apologize for his pro-gun stance.

"I chose to use profanity to get someone’s attention in that video," he told WNEP. "To wake people up and say 'hey, if you don't stand up for your rights, you're going lose them.'"

Chief Kessler has claimed he's a member of Oath Keepers. In an email to PoliceMag.com, Oath Keepers Board Member Elias Alias said the group has no record of Kessler paying dues or applying for membership.

Kessler has formed 38 chapters of an armed group calling itself the Constitutional Security Force that pledges to defend "our constitution ... from tyranny only if needed," reports Salon.