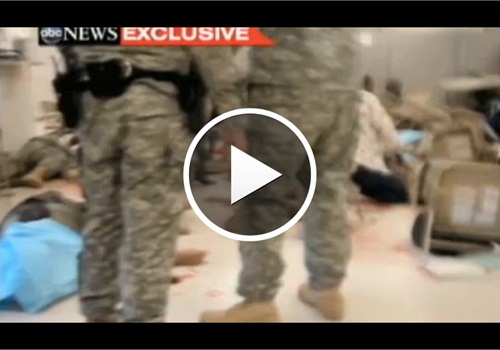 The former police sergeant who helped stop the Fort Hood massacre in 2009 tells ABC News that President Obama has betrayed the victims of the attack.

Kim Munley, who was laid off from the civilian force that patrols the base, was shot three times when she and her partner Sgt. Mark Todd confronted Major Nidal Hasan on Nov. 5, 2009. Hasan is now awaiting a military trial for allegedly killing 13 and wounding 29 soldiers awaiting deployment to Afghanistan. Witnesses said Hasan yelled "Allahu Akbar" as he opened fire.

Munley and other victims say the attack should be classified as a terrorist attack rather than "workplace violence."

Evidence has shown that Hasan was in communication with al Qaeda leader Anwar al-Awlaki prior to the attack. Al-Awlaki has since been killed in a drone attack in Yemen.

ABC will air dramatic new footage from the attack tonight on "World News with Diane Sawyer" and "Nightline." The footage shows the aftermath of the attack and soldiers tending to victims.