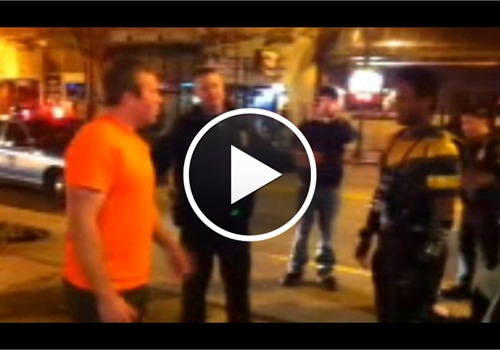 A Seattle Police sergeant defended the actions of officers who allowed two men to fight on a city street late Friday under a little-known law allowing "mutual combat."

The incident began when a group of men confronted costumed superhero Phoenix Jones who was also with a group of friends. The first group begins yelling racial epithets at Jones and challenges him to fight, as Seattle officers arrive at the scene.

The men agree to fight and Jones, who appears to have some martial arts training, knocks out his aggressor. The officers encouraged the two not to fight, and didn't stop the altercation.

Sgt. Sean Whitcomb told the Seattle Weekly that under city municipal code a fight becomes illegal if a bystander could be injured or property could be damaged.