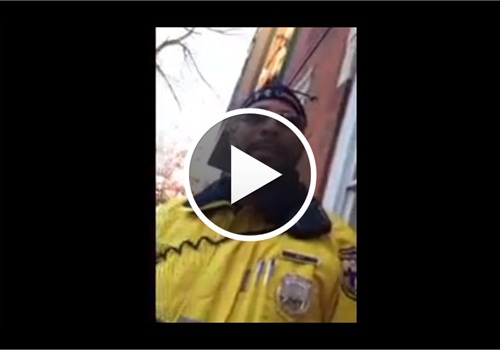 An open-carry activist posted his encounter with two Philadelphia Police officers to YouTube, after they questioned him about his permit and told him he couldn't legally carry hollow-point ammunition.

The officers stopped Joshua Rodriguez, 22, as he headed into a Manayunk barbershop on Nov. 8. One officer wrongly gells Rodriguez his ammunition is illegal. Hollow-point rounds are permitted in Pennsylvania.

He asks Rodriguez several questions and says, "Shut your mouth" and "Don't call me 'officer.'" The other cop repeatedly tells Rodriguez that his gun should be concealed and says, "I should've pulled my gun out on you, technically."

Capt. Francis Healy, a police lawyer and special adviser to Commissioner Charles Ramsey, told the Philadelphia Daily News that the first officer might have misstated the law about the ammo, and the other might have been "a little overzealous" in the barbershop.