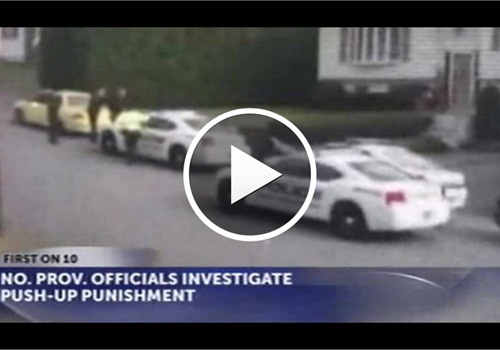 A resident videotaped the suspects doing push-ups surrounded by officers and three cruisers. Acting Chief Paul Martellini told NBC 10 he would reserve judgement until the investigation was complete.

"This is not a day and age where you can take the law into your own hands," Mayor Charles Lombardi said.