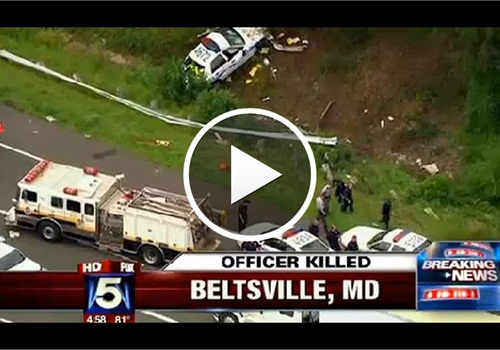 A Prince George's County (Md.) Police officer died in a crash Monday, after a reckless driver ran his cruiser off the road.

Officer Adrian Morris, 23, was ejected from the driver's seat of the vehicle and suffered severe head trauma. He died at the hospital. Officer Michael Risher, who was in the passenger seat, was injured in the crash and is expected to recover, reports the Washington Post.

The officers were pursuing a silver Acura TL southbound on Interstate 95, when the crash occurred at 1 p.m. near Powder Mill Road. Witnesses said the Acura forced the police cruiser off the road, reports MyFoxDC.

Oﬃcers now have a thin client option for creating voice-to-text documentation that will increase eﬃciency and the eﬃcacy of their incident reports.

The FP-M patrol boats will provide security for U.S. Navy Ships and personnel from waterborne threats in and outside of Navy ports around the world.

Outfit your vehicle with the latest safety, security, and technological products.

Lake Assault introduced a new law enforcement patrol boat in late 2019. The new boat is 24-feet long and is powered by twin Honda 200 horsepower engines (other engine options are available).

Marine patrol craft are a substantial investment and agencies need to put significant planning into the purchasing process.