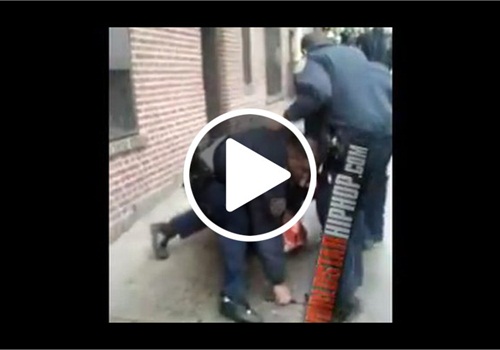 Four police officers in the Bronx have been stripped of their guns and badges and placed on modified duty after a video shot by a civilian surfaced of them pummeling a drug suspect, reports the New York Times.

The Bronx district attorney's office said that it and the Police Department were investigating the episode. All the officers are stationed in the 42nd Precinct.

The beating of the suspect, Jateik Reed, 19, occurred last Thursday afternoon on East 168th Street in University Heights after the police say they saw him throw a bag of crack on the ground.