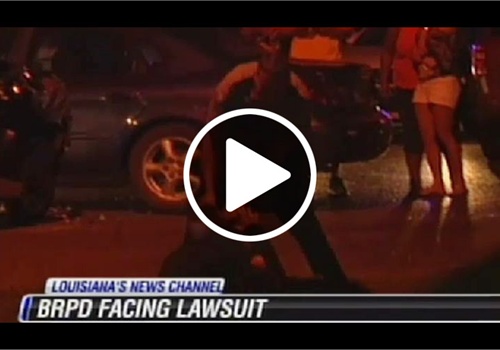 A Louisiana woman pulled from a ditch by a Baton Rouge Police officer at an accident scene has filed suit against the officers, including Sgt. Robert Schilling, who was captured on video dragging her by the hair.

Melinda Morris, who filed suit on Monday, has said Sgt. Schilling's action made her feel "like a piece of crap. Like a dog, like I was useless. I was a rag doll and I was crap underneath his shoe and it was inhumane what he did to me," WAFB reported on Sept. 12.

Chief DeWayne White has said the move "appears excessive." The officer's attorney has countered that dashboard video shows Morris punching the officer several times prior to the incident.

Morris and several family members were involved in a motorcycle wreck on Nicholson Drive near Lee. After officers responded, Morris argued with Schilling who she claims was trying to keep her son from approaching his father who was injured in the wreck.