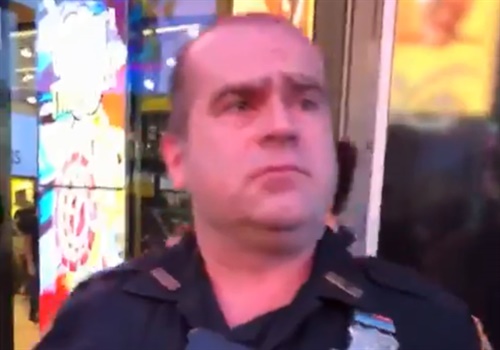 Yet another video of citizens taunting an officer with the New York Police Department has surfaced on social media. In the nearly two-minute video, at least three young men could be heard shouting "f__k you" and flashing their middle finger at him.

At the end of the video, something appears to draw the officer's attention, and he walks briskly away from the men.