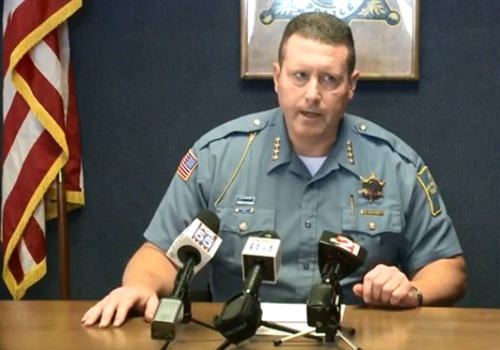 Officer David Tinsley of the Fort Wayne (IN) Police Department reportedly died from Atherosclerotic Cardiovascular Disease according to an autopsy report issued Wednesday morning from the Allen County Coroner's Office.

According to WANE-TV, Tinsley—a 16-year veteran of the department—was with his officer in training and a K-9 partner when they had been in a vehicle pursuit of 49-year-old Patrick Anthony Faiers.

Faiers reportedly jumped a curb, left the roadway, drove down an embankment, and eventually crashed into a wooded area.

Tinsley, the officer in training, and the K-9 then pursued the subject on foot and arrested him.

Tinsley was walking back to his cruiser when he collapsed.