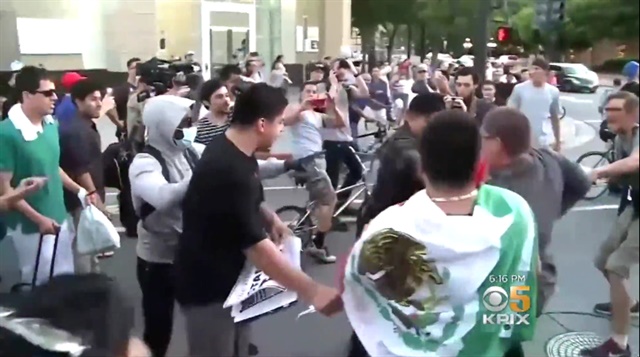 A group of Trump supporters who were caught in an angry crowd during a 2016 protest in San Jose, CA, can sue the police department, a panel of judges ruled Friday.

A three-judge panel with Ninth Circuit Court of Appeals agreed with Trump supporter Juan Hernandez, the lead plaintiff in a federal lawsuit against the San Jose Police Department.

The lawsuit claims San Jose police funneled Trump supporters leaving a June 2016 rally right into the middle of a crowd of counter-protesters, who quickly surrounded and attacked them.

San Jose is expected to appeal the ruling.