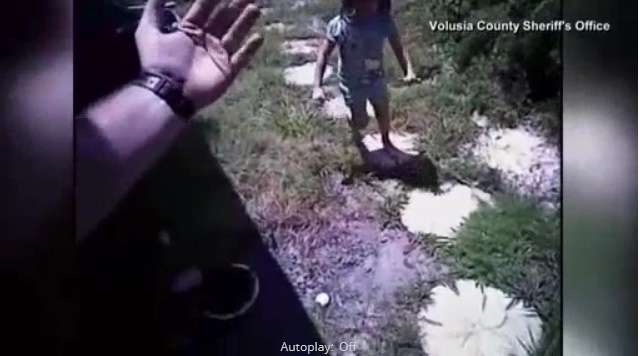 Recently released video from a 2016 arrest shows deputies in Volusia County, Florida, rescuing three children and their mother from their father during a domestic dispute involving a firearm.

The video recorded from a body camera was released Thursday in light of the conviction of the gunman in the case, 27-year-old Emmanuel Rosado, NBC Miami reports.

The footage begins with a Volusia County Sheriff's deputy approaching the home while Rosado, his then-wife and their three children were still inside.

The deputy positions himself near the front of the home then takes cover behind a tree as gunshots ring out.

Rosado's wife then crawls out a window, bleeding from a gunshot wound to her leg.

Additional deputies arrived and rescued the children. They then took the gunman into custody.