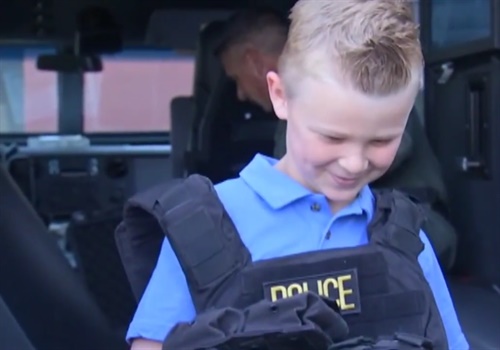 A 5-year-old boy was treated to a very exclusive, behind-the-scenes tour at a Henderson, NV, police substation Thursday after his lemonade stand raised more than $400 for fallen officers.

Grady Valen asked his mother if he could start a lemonade stand to raise money for deceased police officers, FOX 5 Vegas reported. The young boy was able to raise $425 over the weekend and the officers wanted to reward him for his generosity.

"He wanted to do it because he wanted to support police officers," said Grady’s mother, Tricia. "As a mom, that's what you want to hear from your child. You want to know that they have empathy, that they're thinking of others ... it gets me a little teared up when I talk about it because I'm so proud that he has that in him,” she said.