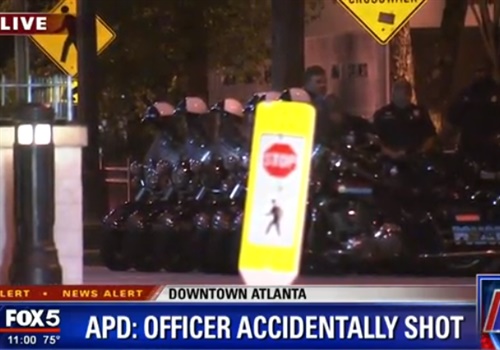 It happened shortly after 9 p.m. at the Atlanta PD motors precinct next to the Atlanta Police Academy, reports Fox 5 Atlanta.

Investigators believe a motors officer, who was changing clothes, had his firearm discharge, striking a second officer nearby. The injured officer was rushed to Grady Memorial Hospital suffering from a gunshot wound to the right side. Police said he's expected to survive.